McIndoe was one of the most enterprising and prosperous lumbermen in Wisconsin and instrumental in establishing the community of Wausau and the county of Marathon in the mid-1800s. He became a prominent elected official in Wisconsin, a candidate for Governor, and served five years in the U.S, Congress where he introduced legislation that led to the construction of the Wisconsin Central Railroad line to Superior, Wisconsin. Walter McIndoe will be recognized with the Founder Award for his contributions to our area’s economy prior to 1945. 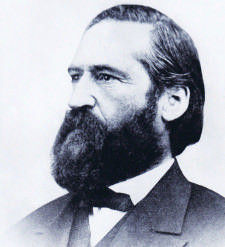