Visionaries Edward, Walter, John, and Henry Fromm combined a commitment to hard work with a pioneering spirit that changed not only the landscape of central Wisconsin, but several industries. Their story has been covered often, but never gets old.

The brothers were the grandsons of Johan Fromm, a German sheep farmer who arrived in the United States with his wife, Johanna in the 1840s. The brothers’ parents, Fred and Alwina (Niemann), built their  first house in Hamburg, Wis., in about 1886. The town would later become famous as the “Fox producing capital of the world.” At the time it was a three-day trip by horse drawn carriage to Wausau for essential supplies.

Fred believed in the value of education and not only sent his German-speaking boys to school, he wanted them to become teachers. Yet, while hardly in their teens, the brothers started their business ventures in ginseng,  first by hunting for the wild root and then clearing a rocky plot on the family farm for transplants.

A few years later the brothers added the fox farming with red fox caught in the surrounding timber land. Early on the brothers divided their business responsibilities so that Henry and John focused on animal production; Edward attended to the bookkeeping, and Walter the ginseng gardens.

The business may have faltered there had Alwina not allowed the boys to mortgage the 160-acre farm (held in her name) in 1913 so they could purchase the  first pair of silver foxes. From there the business steadily grew into a multi-million dollar venture. The brothers added mink; invested in scientific research, set up a laboratory that produced two vaccines; and created a new line of pet food. They followed the Paris and New York fashion houses and manufactured the sought-after fur garments. The brothers added marketing to their skill set and placed advertisements in Vogue and Harpers magazines to announce their fur auctions, bringing pelt buy-
ers from all over the world.

By the 1930s, the Fromm Brothers had become the world’s largest producer of foxes and ginseng. The company employed more than 1,000 associates in north central Wisconsin. When the fashion fur trend eroded, in about 1947, many farms collapsed, but the Fromm farm prevailed with the discovery of animal vaccines and disease control.

In the 1960s the enterprise was split into several businesses led by various family members.

While success did not come easy or quickly, the brothers and their families saw to it that they contribute to Hamburg and the surround- ing area in many ways. They served on library, education and historical society boards; as well as Chamber of Commerce committees in Marathon County. They donated land. They respected their parents’ interest in education and established a scholarship fund for graduates of Maple Grove School.

Edward, the last surviving brother died in 1986 at the age 96 in his home in Hamburg. The family no longer owns the farm but about a dozen of the original buildings remain: a barn, boarding houses for visitors and workers, the pelt warehouse and clubhouse where dignitaries and fur buyers were entertained. 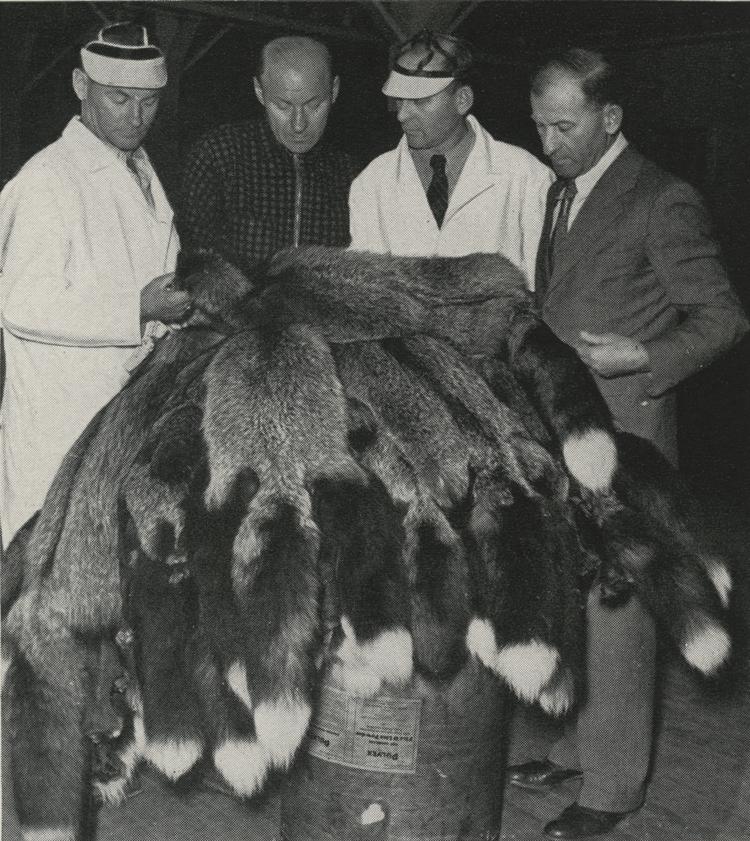