Richard “Dick” Dudley was born in 1923 in Waupaca, Wisconsin and moved to Wausau in 1928. As president of Wausau-based Forward Communications, Dudley led the media company to national prominence by acquiring numerous TV and radio stations around the country.

Following high school, Dudley joined the Navy where he served as a torpedo bomber during World War II. After the war, he attended the University of Wisconsin for two and a half years before returning to Wausau to marry Eileen Deneen. The Dudleys raised four children before Eileen passed away in 1984. In 1990, Dudley married Nancy Wanta, who helped him—and his brother Robert build Dudley Communications, another successful media investment company.

Dick Dudey began his career in the broadcasting industry in 1947 as a salesman for WSAU Radio in Wausau. By age 27, he had worked his way up to general manager of the radio station. In 1954, WSAU Radio merged with Wisconsin Valley Television Corporation, founded a year earlier by five area newspapers. Dudley became assistant general manager of the new communications company and helped launch the Wausau area’s first television station, WSAU-TV, Channel 7, which broadcast for the first time on October 24, 1954.

In 1957, Dudley was promoted to general manager of the company. A year later, a new tower at the top of Rib Mountain expanded the station’s reach to more than 300,000 households in 17 counties. Dudley was promoted to president in 1963 and immediately began acquiring other TV and radio stations in Madison, Wisconsin, Sioux City, Iowa and Kaukauna, Wisconsin. In 1966, the company was renamed Forward Communications. With Dudley still at the helm, Forward Communications began acquiring more TV stations and radio stations in West Virginia, Kansas, Illinois, Texas and Florida.

Dick Dudley has been a longtime contributor to Wausau area organizations such as the United Way of Marathon County, Boy Scouts, Girl Scouts and the Grand Theater to name just a few. In 2007, at age 83, he moved into the top floor of his own 11-story building, the Dudley Tower, one more investment in his hometown.

Today, Dick Dudley remains chairman of the $5.2 million Dudley Foundation that supports numerous local projects and Dudley Investments which continues to invest in area businesses such as Riiser Energy and Northern Wire of Merrill.

Junior Achievement of Wisconsin’s North Central District is proud to honor Dick Dudley as a 2011 Champion of Business. 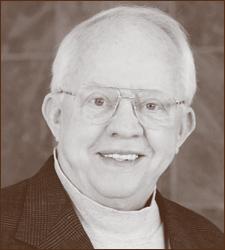